Our experience... working for you 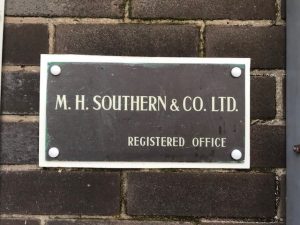 The company was founded in 1913 by Matthew Henry Southern. Its role then, as now, was as Timber Importers and Sawmillers, supplying the timber requirements of the shipbuilding and ship repair yards on the North East coast and commerce generally in the area.

The office, timber yard and sawmill were established on Skinnerburn Road, Newcastle upon Tyne on a riverside site between two of the Tyne’s famous bridges.

The company continued to prosper, under the guidance of the founder, right up to the beginning of World War II. During the war business was reduced as timber was supplied only against licences issued by the Timber Control.

By 1960 a move had been planned to our long time site at Jarrow. This was within the dock area of Tyne Dock which was then our main port of importation. On an initial 3.5 acre site an office, storage yard and sawmill was laid out and established to take advantage of sideloader handling of packaged timber. The site eventually expanded to 5 acres with concrete roads and extensive storage sheds able to hold a large proportion of our stock.

In 1949 a private limited company was formed with the present name. By this time the management of the company was in the hands of two of the founder’s sons M H and D A Southern. In the 1950s the third generation of the family,  P H P  and J M Southern joined the company.

The company now operates under our name from the premises in Felling and Berwick upon Tweed. The Directors are R J Bruce and the founders great grandsons J A Southern and M S Lowis.

In recent years the market has changed considerably. As the shipbuilding and heavy industries have declined so customers have changed. Although the company is very much involved in what is left of these industries, some of the main outlets are now builders merchants, house builders and DIY outlets, whilst still supplying joinery manufacturers, local authorities and important industries such as the Rail Network. 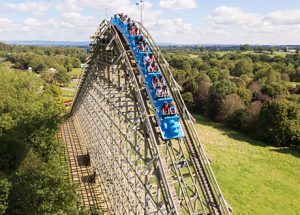 Indeed the company now gets involved with projects as diverse as Douglas Fir helidecks in the Arabian Gulf and pitch pine roller coaster frameworks (pictured opposite at Lightwater Valley in North Yorkshire).

Specialities continue to spread further afield and in many cases to others in the timber trade and, on occasions, overseas.

With improved road systems the company headquarters is situated in a very good geographic position near the Tyne Tunnel and is well placed to supply all areas, having easy access to the motorway system. To enhance the delivery service there are crane attachments on most of our transport fleet. These, as with all capital equipment, are serviced and replaced regularly.

The company has further improved the service to customers by installing TANALITH/TANATONE and VACSOL preservative treatment facilities to provide assured long term protection and performance to our fencing, landscaping and construction timbers. The facilities have been installed to comply with COSHH and other industry safety regulations.

The company is a member of the Timber Trade Federation and the Timber Research and Development Association Quality Assurance Scheme for Stress Graders. We have graders trained to BS4978 for structural timber.

The company has a real commitment to quality in our  manufacturing and all systems are accredited to ISO 9001:2000.

In 2009 The Company acquired Robert Duncan Timber based in Gateshead – the company specialised in importing, machining and distributing a wide range of hardwoods, softwoods and sheet materials.

Also new machinery and a new office block makes this the ideal headquarters site for our combined operations at Felling and Berwick upon Tweed.

M H Southern moved from Tyne Dock in October 2019 to the Felling site creating one new united operation bringing together the skilled work forces of both Robert Duncan and M H Southern. 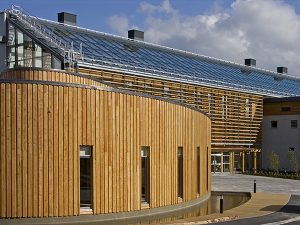 With this investment M H Southern is in a strong position to look after our customers for many years to come and we look forward to promoting and selling the world’s most sustainable resource – TIMBER!

Find out more about our range of Specialist Timbers

We use cookies on our website to give you the most relevant experience by remembering your preferences and repeat visits. By clicking “Accept All”, you consent to the use of ALL the cookies. However, you may visit "Cookie Settings" to provide a controlled consent.
Cookie SettingsAccept All
Manage consent

This website uses cookies to improve your experience while you navigate through the website. Out of these cookies, the cookies that are categorized as necessary are stored on your browser as they are essential for the working of basic functionalities of the website. We also use third-party cookies that help us analyze and understand how you use this website. These cookies will be stored in your browser only with your consent. You also have the option to opt-out of these cookies. But opting out of some of these cookies may have an effect on your browsing experience.
Necessary Always Enabled
Necessary cookies are absolutely essential for the website to function properly. This category only includes cookies that ensures basic functionalities and security features of the website. These cookies do not store any personal information.
Non-necessary
Any cookies that may not be particularly necessary for the website to function and is used specifically to collect user personal data via analytics, ads, other embedded contents are termed as non-necessary cookies. It is mandatory to procure user consent prior to running these cookies on your website.
SAVE & ACCEPT